Book Review: Who Only Cricket Know by David Woodhouse 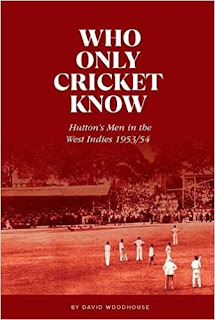 If you like a 'meaty' cricket book, then David Woodhouse's latest offering is an 'all you can eat' carnivore's delight.

Partly social, cultural, political and economic history, it is hard to believe that a tour book could be much better than this. Equally hard to believe that this tour, by England of the West Indies in 1953-54, has been so long neglected. It probably comes second only to the 'Bodyline' tour in its infamy and fully deserved a proper account - and boy, did it get one.

The author's research is meticulous and remarkable. The tour, the first undertaken by an England side by plane, is set in its wider context and makes for a spellbinding read. There is background on and impartial accounts of the main protagonists and it is safe to say that some don't come out of it too well.

My understanding of it was always that the main 'problems' on the tour were Fred Trueman and Tony Lock, but there were plenty of others who came out of the tour having blotted copybooks, both on the tour and at Lord's. It was a tour not without its challenges, but what was effectively the 'World Test Championship' of its time featured cricket that was both tedious and brilliant in turn.

We follow it from England's win over Australia in coronation year, through the squad selection and travel, together with the matches themselves. Derbyshire's Les Jackson, who had taken over a hundred wickets in the previous summer and placed higher in the averages than other likely candidates, was overlooked - indeed, didn't even get a letter enquiring of his availability. The book tells how he was rumoured to be 'blackballed' by either Gubby Allen or Freddie Brown, because of his low, slinging action, his mining background or both. Alan Moss of Middlesex went in his place, a lesser bowler, although he did finish second in the tour averages.

In what seems to happen in the modern era, England started the series slowly against strong opponents and were two down in the blink of an eye, before coming back to tie the series under their first professional captain, Len Hutton. The turning point was when the squad rebelled against Hutton's negativity, determined to play their own games. The skipper could point to a series average of 96.71, twice that of anyone else, but allowing his flair players - May, Graveney, Compton - off the leash brought dividends.

Part of the problem was the innate mistrust between those at Lord's and Hutton, which saw Charles Palmer 'a natural for the role of hen-pecked bank manager in a farce' appointed tour manager. He ended up playing one Test, which tells its own story in a rich catalogue of selectorial errors.

In reading the tales of what occurred off the pitch, I pondered how such a tour would fare in a modern era, every move documented on social media, every indiscretion recorded for posterity. By all accounts the umpiring was poor and far from impartial, the crowds volatile. One umpire needed police protection after giving out a fellow Jamaican, John Holt, for 94   at Sabina Park. Trueman was one of two players accused of jostling and insulting the wife of an MCC member, a riot broke out in the Third Test - and so it went on.

On the pitch, Tony Lock was called for throwing and players struggled to control themselves in the face of the poor umpiring. Even the normally calm Tom Graveney threw a strop after a fair catch was ruled not out.

It is riveting stuff and while the account of the cricket is excellent, the background to it is what makes this book such a tour de force.

Perhaps the tour was always likely to be a challenge, against a backdrop of racial inequality and intolerance. One side captained by a professional - unheard of, at that time - the other by one of the last white captains the West Indies had.

Regardless of the cricket, trouble was rarely far from the surface and the repercussions ran for a long time, both at home on England's return, as well as in the Caribbean. Indeed, those same issues of race and social class echo today.

This book is an absolute gem and deserves its place among the very best that I have read. There is even a website with additional background resources.

Priced £25, it is available from all good book shops and is worth every penny.

Please remember to add your name. Avoid personal comment at all times. Thanks! 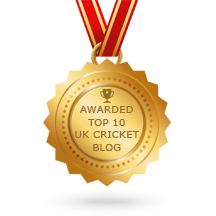 Peakfan
I've been a fan of Derbyshire since 1967 and experienced the ups and downs with everyone else. Please get in touch if you ever need a speaker for a cricket dinner or cricket society meeting. Contact me at peakfan36@yahoo.co,uk or through Twitter @Peakfanblog